Some things are meant for sharing and some things aren’t. When your audience is parents it’s not unnatural to think once or twice about what you might share. However, an Alpaca in the Head’s Office? No brainer. It makes “dog in the playground” seem very pedestrian. 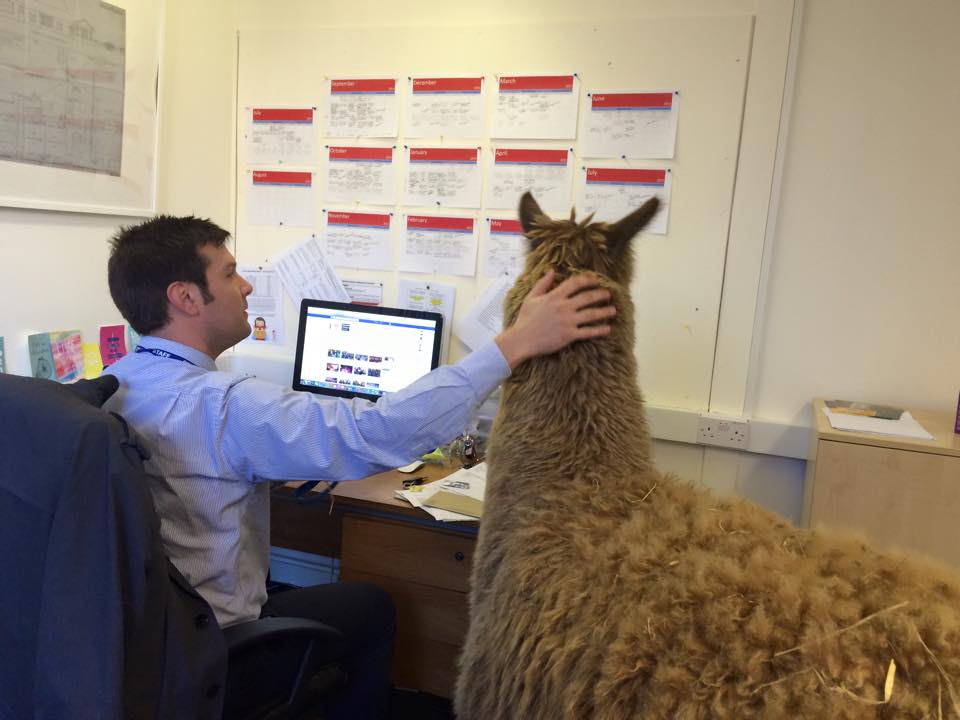 This Alpaca went on tour around the classes with the wonderfully Doolittle-esque Head Teacher Dave McPartlin and in terms of memories for the children you can only imagine them re-telling the day’s events when they saw their families later that day. 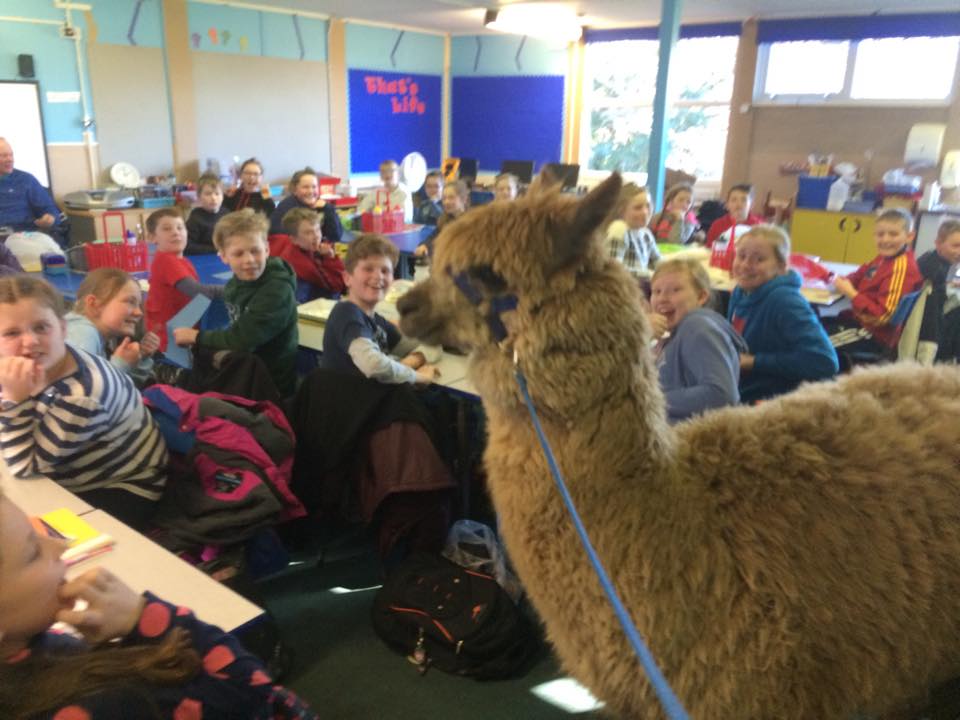 Isn’t it refreshing that in the prevailing climate of risk avoidance and health & safety we have an ‘Ofsedicially’ Outstanding school prepared to take in large South American mountain dwelling creatures in the name of enrichment & probably a few other things too…including fun?

On the face of it it’s slightly bonkers.

Unconventional wisdom might say, do it then share it on Facebook the same day so that mums and dads might actually believe their children when they get home!  Today that’s exactly what happened. Unconventional wisdom won and the response from parents at Heysham St Peter’s CE Primary was very good.

By coincidence in the news two days ago another large furry mammal was spotted in London – specifically a Polar Bear.  Wait.  A massive polar bear in London down in the Tube (and later other places too) with small children? What could possibly go wrong?

For me, social media engagement is about stories and in my talks round and about the place with groups of Heads that’s what I delve in to in more detail.  Whether it’s stories about an Alpaca in the Head Teacher’s office or Polar Bears on the London Underground it doesn’t matter too much. Every person and place has a story to tell so why not share it? You’ll might be surprised at the reaction.